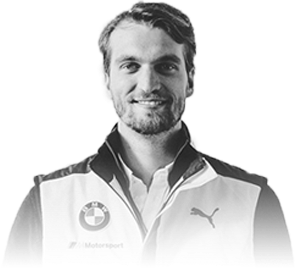 Jens Klingmann has established himself as an worldclass GT driver in recent years. His speciality are the endurance races around the globe, starting with the 24H of the Nürburgring-Nordschleife over Spa-Francorchamps to the legendary race in ROLEX 24H at Daytona.

He is one of the BMW works divers racing and developing some of the most iconic BMW race cars as well as a BMW brand ambassador presenting the brand at international media events.

Formel BMW Rookie of the Year

Victory in North America in the IMSA Series with Turner Motorsport

One of the toughest 12H races on the planet. Finish second with Turner Motorsport

1st to beat the 8min mark at the Nürburgring Nordschleife
Many have tried to but we set the record with a lap time of 7:59,04 including the VLN track